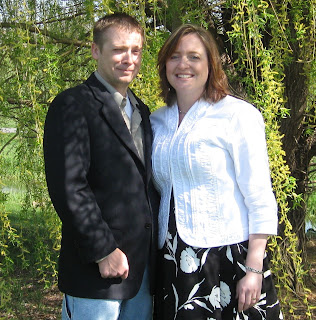 Admiration \Ad`mi*ra”tion\, n – a feeling of delighted approval and liking

The challenge for July 5 was: Admire Your Husband. Write this post and then show it to him! He will smile!

He’s committed. To me, to our family, to his work and to having fun. Whatever he gives his energy to, it is 100%. He can compartmentalize and focus in ways I only aspire to, yet everything is connected and a part of who he is as a whole. He believes in God, loves me, leads our kids, works with goals in mind. Yet he is rarely overwhelmed or frazzled like me.

He can fix almost anything. Even if he has to take it apart and (almost always) put it back together again, he will figure out how something works. He knows what will fix it or if he has something to make it better. From cars, to home repairs, to gadgets, I’ve rarely needed to hire someone for repairs.

I’m just gonna say it, the man is handsome. He takes care of himself and still looks about 10 years younger than he is. I believe a lot of this is truly in his outlook on life, not just his good genes.

Ok, so the stand-up clubs may not be scouting him to headline but he cracks us up. He’s quick with a response and quicker to see the humor in almost every situation.

He is a military man. Even though he hasn’t exactly had a lot of hand-to-hand combat, he has fought his share of battles for our family. Everything from excruciatingly difficult bosses, to personal attacks on my character and failures in the school system has caused him to dig his heels in to achieve what is best for us. If you met him you’d think he’s the single most relaxed guy on the planet, unless you threaten the well-being of our little nucleus.