Can I even fathom the number of people whose lives were impacted at one time or another by her?

I think of summer nights and fireflies every time I think of her. A wide front porch with a never ending stream of visitors. A garden in the backyard from which she made her larger-than-necessary Southern meals. A cocker spaniel who was probably the reason my first pet as an adult was a that breed. A home full of furniture and pictures that truly spanned an entire century, testament to the eras which influenced her. 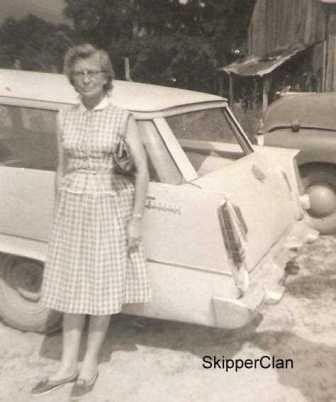 Today our family said goodbye in ceremony, but her influence will remain. It makes me ask myself…

What legacy am I building?

My influence is being felt today, it isn’t saved for when I’m 97. How do my actions and words shape my daughter? What kind of daughter am I being? Are people blessed after being in my space or weary?

Who has most influenced your life? Who do you believe you are influencing the most in your current season of life?

← Summer Reading
Once a Veteran, Always a Veteran →