My First Visit to CrossFit

Since I’ve been making some changes to improve my health like giving up diet soda, eating foods more in line with the Whole30 guidelines, and drinking more water – you know I was eventually going to get around to talking about exercise. What better time than January when everyone who even thinks about resolutions probably has some kind of fitness goal on their minds.

I’ve been hearing about CrossFit for about six years. I know this because that’s how long my sister in law has been going to her local box {that’s what they call the gym} and she l.o.v.e.s. it. If you haven’t heard about it, then I know you don’t have anyone around you who is a member. People who are committed to the workouts tend to talk about it a lot. To be fair, I think it’s because they get results. 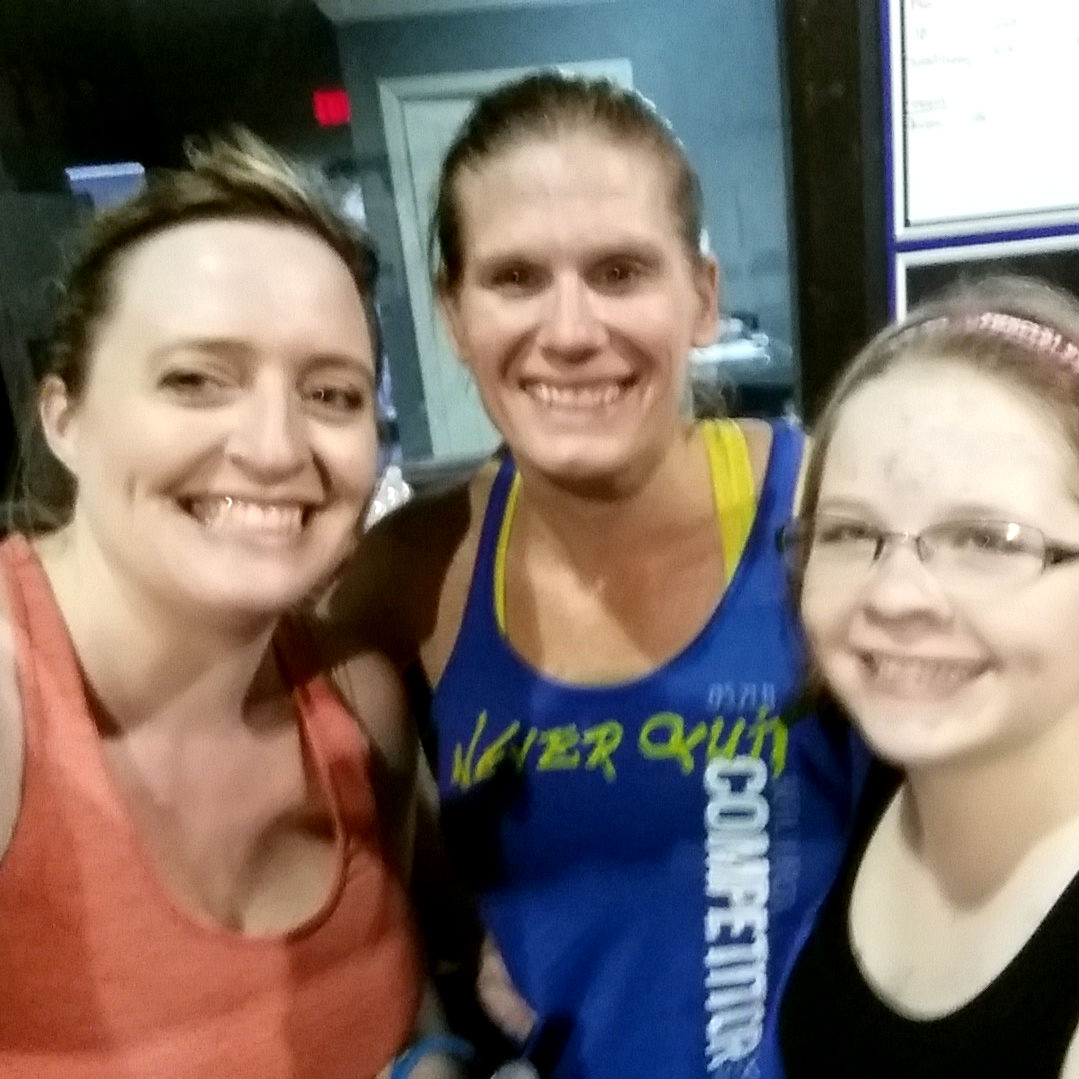 We only recently moved close to my sister in law so the current bring-a-friend-free promotion was one of the first times we were able to give it a try. Also, my back hasn’t exactly been asking for such an intense workout the last few years, so I was glad we had set a date when my back seem to be cooperating.

The gym wasn’t glamorous, pretty basic really. That’s one of the things people love about CrossFit though. It’s all based around pretty simple concepts. Padded flooring helped minimize the impact during exercises like jumping rope. Simple equipment meant there were few obstructions as we moved throughout the gym. The workout is planned for you, but can be adapted. For instance, I can’t currently do traditional situps, so I did planks instead.

During my first visit, we worked out as teams of four. KitKat came along too and we definitely felt the intensity. For the warmup, we switched between squats while tossing a medicine ball onto the wall above us, then jumping rope. Four rounds later, I couldn’t talk and Kit Kat had to countdown to keep from losing her lunch.

Next we moved to the circuit type workout. Our team of four rotated every minute between four exercises: pull ups, burpees, rowing machine, and situps. I was impressed how well I did with the jumping pull ups and frustrated by my lack of core strength and failing at situps. However, the coach did a great job of watching us beginners and making suggestions as needed. He would give clear tips to correct form, offered the replacement of planks when I was on situps, and encouraged everyone to push themselves a little farther.

After everything I’ve heard about Crossfit, I found it to be an extremely effective workout. The coach and owner at this particular facility is extremely well trained and has a ton of experience. The workout is like having the benefits of a gym membership and a private trainer together every time you go. Given what 15 or more visits with a trainer per month would cost, I’m sure the membership is a much better deal. If you like competition this is definitely a great format. You can compete against yourself and other gym members.